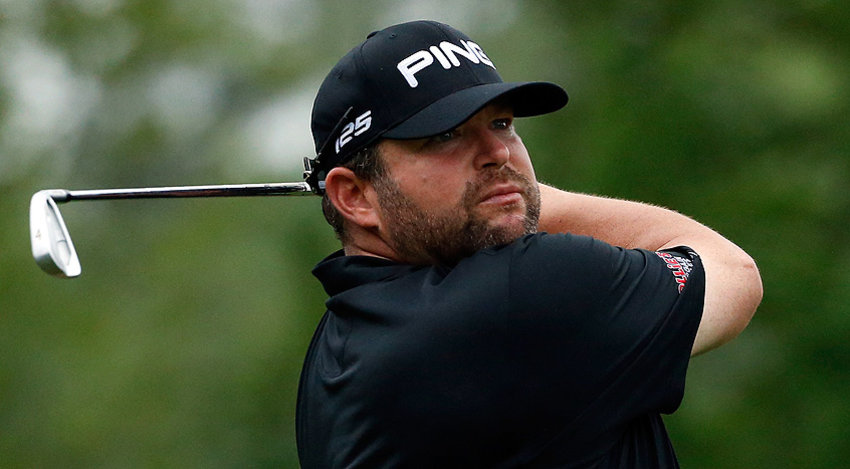 HUMBLE, Texas — Jason Gore was frustrated and fed up when he left TPC Sawgrass after last year’s Web.com Tour Championship.

Gore interviewed for the head coaching job at Pepperdine University, a team he led to the 1997 NCAA Championship.

Now he’s glad he didn’t get the Pepperdine job; he’s having a career resurgence thanks to a renewed passion. He posted two top-three finishes in his first three Web.com Tour starts of the year.

Gore opened the season with a runner-up at the Panama Claro Championship then tied for third at the El Bosque Mexico Championship. His hot start could help him return to the PGA TOUR full-time for the first time since 2009.

The El Bosque Mexico Championship was his sixth consecutive tournament, a stretch that spanned four countries and two tours. He finished in the top 20 in five of those six events, including three top-five finishes. He also finished fourth at the PGA TOUR’s Puerto Rico Open presented by seepuertorico.com, his first top-10 since 2009, missed the cut at the Valspar Championship and finished 19th at the Shell Houston Open.

It’s a good time for Gore to be in good form. This year’s U.S. Open is at Pinehurst Resort’s No. 2 course. It’s the first U.S. Open at the North Carolina resort since 2005, when Gore played the part of beloved underdog. He was on the Web.com Tour that year, but found his way into Sunday’s final group with two-time champion Retief Goosen. Gore, who started the final round three shots behind Goosen, shot 84 on that Sunday (Goosen shot 81), but won fans as the Prince of Pinehurst. His stellar play over the next few months continued the Cinderella story.

Gore’s third win earned him a promotion to the PGA TOUR. He won the 84 Lumber Classic weeks later to become the second player (Paul Stankowski, 1996) to win on the Web.com Tour and PGA TOUR in the same season.

Gore’s wife Megan said she submitted her husband’s entry to this year’s U.S. Open some seven minutes after she saw the application posted online. Gore entered sectional qualifying at Northern California’s Lake Merced Golf Club, where he qualified for the 2008 U.S. Open.

He said an equipment switch in late 2013 helped him regain his passion. Gore switched to PING clubs, which he played in junior golf, before this season. He got his new clubs two days before the Frys.com Open’s Monday qualifier near Monterey, Calif.

“Once I went to PING – I know I sound like the company guy – I started seeing some good shots,” he said. “It was fun, like being a kid again.”

Gore shot 68 to Monday qualify for October’s Frys.com – the first event of the 2013-14 PGA TOUR season — then rebounded from an opening 73 to finish 26th. He’d made just two of 12 cuts on the PGA TOUR in the previous two seasons. He recently started working with instructor Drew Steckel after working with former TOUR winner Mac O’Grady.

“He loves playing golf again,” Megan Gore said. “I think he had to go as low as he did to come back up.”