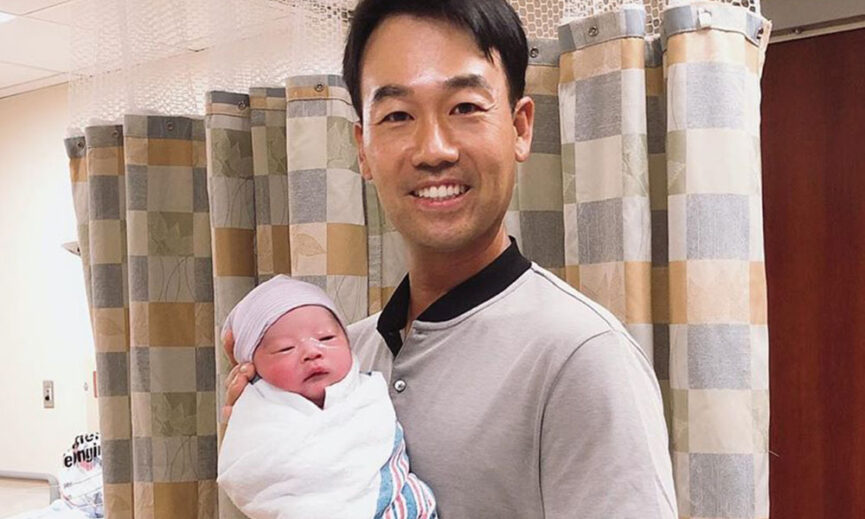 Kevin Na withdrew ahead of the BMW Championship at Medinah last week to be with his wife, Julianne, who was expecting their second child.

Now, the Na family is officially a foursome.

Leo LeeWoo Na was born at 11:58 p.m. Monday night local time in the Las Vegas area. He weighed 7 lbs., 5 ounces, according to an Instagram post by Na.

“Mom and the baby is healthy and well! Welcome to the family Leo!” Na posted.

Kevin and Julianne already have a daughter, Sophia Ria, who turns 3 on Monday.

Na, 35, won the Charles Schwab Challenge earlier this season by four shots over Tony Finau. He then gave away the tournament’s unique automotive trophy – a fully-restored 1973 Dodge Challenger – to caddie Kevin Harms.

Na’s son was given a Challenger of his own – sort of – by the folks at Charles Schwab.

Na has three wins on the PGA Tour in his career. He finished T-77 at 4-over in the Northern Trust and was 48th in the FedEx Cup standings before opting not to play in the BMW Championship.